Sexy thigh highs, cupcakes and a couple of bottles of booze. Sounds like the kind of photo shoot our pal/stylist Niki Trosky would put together. This time, it’s to show off the “ridiculously fresh new line of ladies clothes” now available at The Urban Bakery, more commonly known as TUB.

Niki’s brother opened up TUB  in 1999 (PS – how about those talented Trosky genes – gimme some dat). This month, TUB celebrated it’s 14th birthday. You know what that means: an excuse for an amazing housewives inspired photo shoot featuring a couple o babes.

“The thing about my brother is that he has this incredible eye for style.  Not only did he renovate the space from top to bottom and create a crisp atmosphere, but he has filled it with everything fresh.  TUB has the finest gear for sneaker geeks, street artists, fashionistas and stoners.

But the The Bakery is more than the sum of it’s parts. It is a magnet for creative minds and it has consistently cooked some seriously dope culture in the city.  It is a hub for Winnipeg’s finest DJs, B-boys & B-girls, and Graffiti Artists.  It has turned out so many fabulous parties with both local and international DJs that Kev opened up a venue just to keep it real. The Green Room in Osborne has been wildly successful as a result,” says Niki.

The shoot was a collaborative effort between Niki and the fabulous Becky DeJesus from The Urban Bakery (aka TUB), who has been travelling internationally for TUB, doing their buying.

If there’s one thing Poster loves, it’s amazing collabos (not sure if that’s a real word but I’m going for it). Put a crew like this together and you’re pretty much asking for practical magic.

“Becky mentioned she needed to get the word out and my first response was ‘photo shoot!! Becky’s sweet taste has brought an ultra feminine touch to the store. The clothing is retro chic and the photo shoot was begging for curlers and jade eye shadow.  We immediately summoned the master minds at Berns & Black to do the hair and makeup. The final idea to style drunk and stoned housewives in a back lane crawled out of both of our brains.  Needless to say the shoot was good times and  giggles,” Niki tells us.

“The models were genius. Anna is such a delicate beauty and yet has this super raw and empowered way about her.  She has both a depth and a beautiful levity to her being.  She can trek through the amazon like a warrior and she makes one of the best coffees in town.  Go find her at Cafe Postal, but don’t mix her up with her equally hot twin Adrienne.

Oliva has a sweet school girl aura that is slightly shadowed by a sexy punk rock spirit.  She doesn’t claim to be a DJ and yet she can get a party started with Glam Rock, Pop, 70s punk and some Rockabilly.  She may be young but she’s schooled enough to know that vinyl is the only way to spin.”

“It’s been pretty awesome watching my little brother kick some serious ass in this city.   His success has been based on  his clever marketing, his meticulous style and his incredible generosity. Kev works hard, but has a soft spot for people in need. He is an amazing human being and a clever entreprenuer. Everything he touches turns to gold just like his heart.” 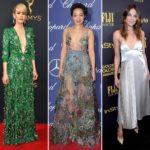 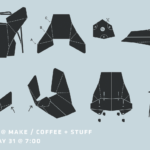 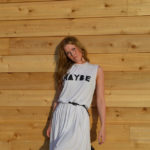